Happy Friday! Here is some news you may have missed this week:

Check out this inspiring story about Joshua Williams, a soon-to-be university graduate who has started his own scholarship fund – and who was homeless for his first three years of university. (via Huffington Post)

A survey shows that most US second- and third-grade teachers still teach cursive writing. Do you teach cursive in your classroom? (via Washington Post)

This video of a student arguing with his teacher has gone viral. “If you would just get up and teach them instead of handing them a freakin’ packet… there’s kids in here that don’t learn like that. They need to learn face to face,” the student says. What do you think? It’s clear he’s passionate about his education, but does he cross the line of being too disrespectful? (via YouTube)

According to the BBC, a number of students wear “lucky underwear,” use lucky pens, or wear good-luck jewelry for exams. Hopefully they study as well! (via BBC)

6 Books to Inspire Teachers Traveling Abroad | National Book Lovers Day The Life of a Digital Nomad, With Courtney Brady | Podcast Ep. 9 How can I teach abroad in the UAE with my spouse? | Ask Teach Away 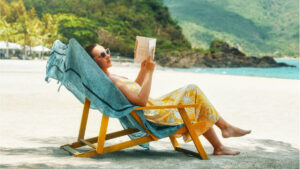 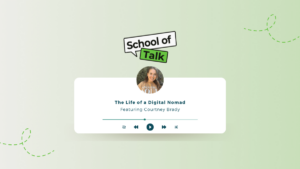 The Life of a Digital Nomad, With Courtney Brady | Podcast Ep. 9
In This Episode of School of Talk ANCHOR | APP...
Read More > 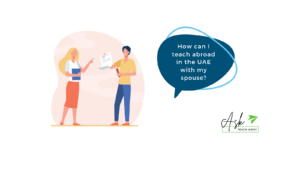 How can I teach abroad in the UAE with my spouse? | Ask Teach Away
Dear Teach Away, “My fiance and I are both teachers and wa...
Read More >