Taipei American School (TAS) is an independent, coeducational day school founded in 1949 for students from prekindergarten through grade 12. More than thirty nationalities make up the student body. The first semester of the school year runs from early August to mid-December; the second semester runs from early January to early June. The School is located in Tien Mou, a northern suburb of Taipei, where many members of the expatriate community reside. High-rise apartment buildings, small businesses, parks, outdoor markets, temples, international restaurants, and the Yangmingshan Mountains characterize the landscape. The TAS parent body includes professionals from local businesses and international corporations, employees of foreign governments, and educators.

Organization. The School is governed by an eleven-member Board of Directors composed of two Board members appointed for four-year terms and nine Board members elected for three-year terms by the Taipei American School Association. Membership in the Association is automatically conferred on the parents of children enrolled in the School.

Curriculum. TAS provides an American-based education with a global perspective which results in a love of learning, academic excellence, a balanced life, and service to others. The K-12 curriculum is based on exemplary standards and benchmarks from the U.S. As the majority of TAS students will continue their education in the United States, TAS has aligned its curriculum at each grade level to facilitate a smooth transition.

Each year, over 90% of the graduates attend colleges and universities in the United States; the rest enroll in four-year institutions around the world. The middle school (grades 6-8) is an innovative interdisciplinary program. The upper school (grades 9-12) offers a rigorous, college-preparatory program with multiple Honors, AP, and IB courses. Starting in kindergarten, students take Mandarin classes that help them take advantage of the local culture. TAS offers EAL support as well as support for students with mild learning differences; parents of students with learning needs should contact the School directly to be sure that TAS has the resources and programs to fit their child’s needs.

TAS is accredited by the Western Association of Schools and Colleges (WASC). TAS also produces several annual publications, including an Annual Report, the school profile, and an alumni news magazine. In addition, TAS produces a school news magazine called The Window, which is published three times each year.

Facilities. The School occupies a campus of approximately 15 acres. The campus is wireless to service the IT needs as a one-to-one laptop school in grades 4-5 and the middle and upper schools. The School has approximately 200 classrooms, including many science and robotics labs. The campus also features a four-story library / IT / media complex, music and art facilities, three dance studios, and three theaters. Sports facilities include three gyms, covered and outdoor tennis courts, a track, two playing fields with artificial turf, and a 25-meter indoor swimming pool. The cafeteria, pizza bar, Village Snack Bar, and Fitness Cafe serve nearly 3,000 patrons per day. The Upper School Science and Technology Building opened in 2012, and features state-of-the-art science and robotics labs, new classrooms equipped with cutting-edge technology, and a lecture hall. The new Liu Lim Arts Center opened in August 2013, along with the new Tiger Health and Wellness Center. 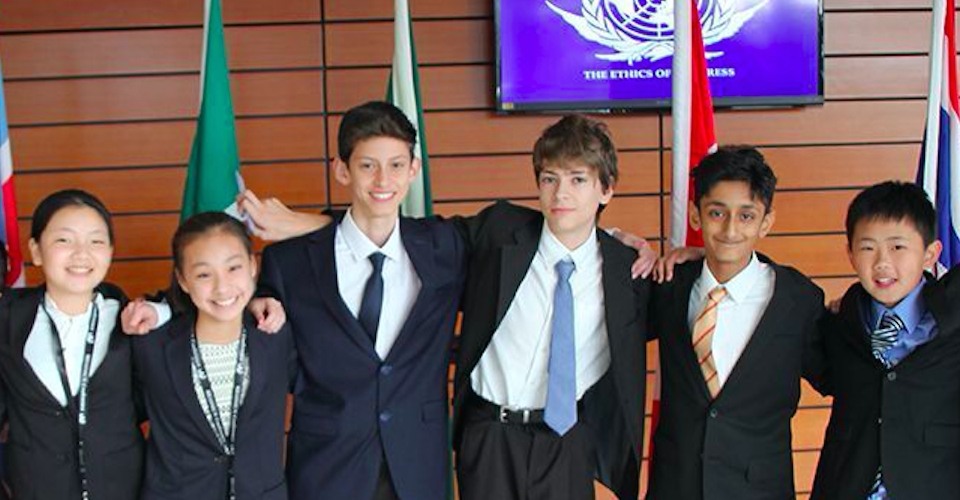