Discover 5 of the best ESL teaching destinations in Eastern Europe

After earning your TEFL certificate, you may be struggling to decide where to teach English abroad. While Asia and Western Europe are perennial favorites, Eastern Europe is quickly rising in popularity among ESL teachers.

Indeed, teaching English in Eastern Europe is a great option for new and experienced teachers alike. There’s currently a huge and growing demand for ESL instructors, resulting in many schools covering airfare and accommodations, along with sponsoring their work visas. Most importantly, many Eastern European countries offer competitive salaries to English teachers.

While boasting equally splendid monuments and natural wonders as Western Europe, Eastern Europe is typically more affordable. So, English teachers are able to live well on their wages, afford to travel, save money, and enjoy what their new city has to offer.

To learn more about becoming an ESL teacher in Eastern Europe, we compiled this guide to five of the best countries to teach English in. 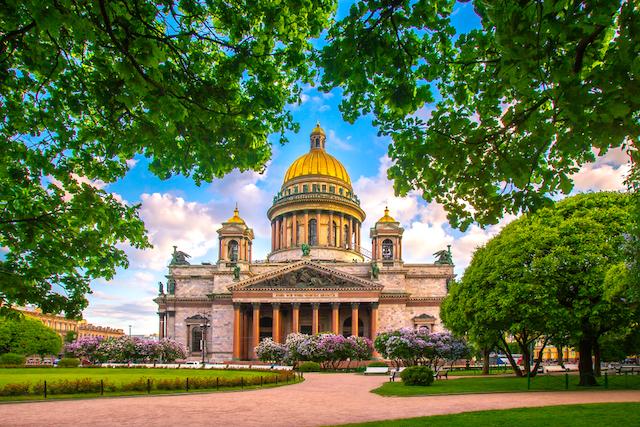 As the world’s largest country, Russia has a lot to offer ESL teachers. Despite its aloof, mysterious reputation, this global superpower is welcoming to English-speaking foreigners who wish to teach in their public and private schools.

Once you land, you’ll be swept up in Russia’s whirlwind of wonders, including its vibrant arts culture, famous monuments, and sprawling landscapes.

In Russia, English is a required part of the public school curriculum, so the demand for foreign ESL teachers is very high in public schools. Private international schools are another teaching opportunity, with children and adults alike taking classes to learn English or sharpen their language skills.

If you teach English in Russia, you can expect to be paid based on experience. Applicants should have a TEFL/TESL certificate and preferably prior employment as an ESL teacher. More veteran teachers can earn up to $2,000 USD per month, while novice instructors are typically paid between $1,000-1,500 USD.

Many teaching contracts also include housing, which can substantially reduce the cost of living in Russia. As you might expect, major cities like St. Petersburg and Moscow are typically more expensive than smaller, lesser-known ones. But on the whole, Russia is less costly than most Western nations in Europe and North America.

Live where Europe and Asia meet by choosing to teach English in Turkey. Known for its incredible history, breathtaking monuments, and eclectic cuisine, the country is a thrilling choice for adventurous ESL teachers.

Beyond its exciting attractions, there are numerous advantages to teaching abroad in Turkey, including higher wages than many Eastern European nations.

Teachers in international schools typically earn $2,000-3,000 per month, plus they are provided with benefits packages. If you are lucky enough to earn an ESL contract in a top school, you could earn up to $5,000 per month. The cost of living in Turkey is quite low, so ESL teachers will find their salaries go a long way.

To teach English in Turkey, applicants are required to have a TESL certificate. Preference for open teaching positions is typically given to individuals with previous teaching experience.

Nestled by the Black Sea and peppered with mountain ranges, Bulgaria is a secret gem for English teachers looking to enjoy days off filled with majestic nature walks and picturesque seaside trips.

Since joining the European Union in 2007, the country’s demand for English language courses has risen rapidly with many private and international schools in Sofia, Varna, and Plovdiv hiring ESL teachers from abroad.

To teach English in Bulgaria, prospective applicants should have a TEFL certificate, as well as a Bachelor’s degree. International schools often prefer that their ESL teachers have a university degree in Education.

Bulgaria’s school year runs from mid-September to June with English teachers working 20-30 hours per week, plus additional prep time. The average salary ranges from $1,000-2,000 USD per month. While these numbers may seem low to some, Bulgaria is very affordable and ESL teachers can live comfortably on their wages.

Gothic castles and folk traditions from bygone times thrive in Romania, alongside its vibrant, youthful culture and modern attractions like galleries, restaurants, and bars. This collision of the old and the new makes Romania attractive to ESL teachers who want a bit of all worlds.

Individuals wishing to teach English in Romania must have a TEFL certificate and prior experience is also considered an asset. The peak hiring month is September, followed by a second wave of hiring in January, as the school season runs from September to June.

ESL teachers can work in public schools scattered across the country. Private international schools are also an option. However, these latter institutions are mainly located in Bucharest, where the cost of living is higher. That being said, Romania is generally very affordable, even in the nation’s capital.

In Romania, the average workweek for English teachers is 25 hours, plus additional prep time. Entry-level ESL teachers at Romanian schools can expect to earn $600-1,000 USD per month, while more certified and experienced instructors receive salaries of up to $2,000 USD. 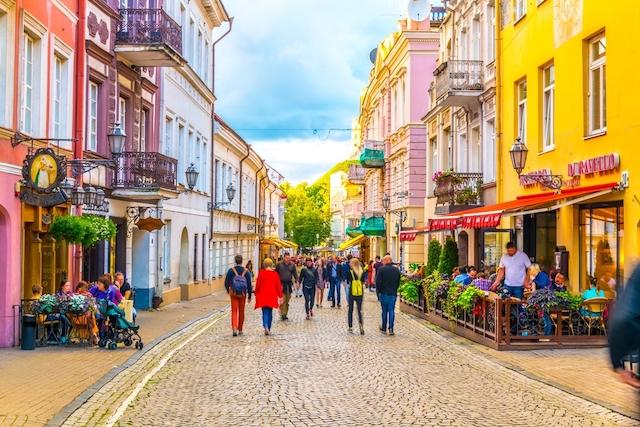 If you’re an ESL teacher, the thought of teaching abroad in Lithuania has probably never crossed your mind. But maybe you should reconsider!

Sitting on the Black Sea, Lithuania is the most southern of Eastern Europe’s Baltic States, meaning it’s blessed with gorgeous beaches and an enviable climate. There is also a nostalgic feel about the country, with cobblestone streets and baroque cathedrals adorning the skyline.

To teach English in Lithuania at its private language schools, you’ll need a TEFL certificate and a Bachelor’s degree. International schools require additional credentials from applicants, typically asking for a degree in Education and previous teaching experience.

ESL teacher salaries in Lithuania range from $1,000-2,500 USD per month, depending on experience level, type of school, and other factors. International schools generally pay more than private language institutions. Similar to the other Baltic States, Lithuania is very affordable and ESL teachers can live comfortably, even on the lower end of the salary scale.

Latest Posts
How to get a job teaching English online without a degree [+companies hiring]
February 20, 2020 | 4 min read
Is a TEFL certification necessary for an experienced teacher?
February 13, 2020 | 3 min read
7 fun things to do while teaching in Tucson, AZ
February 04, 2020 | 4 min read
Recommended for you: