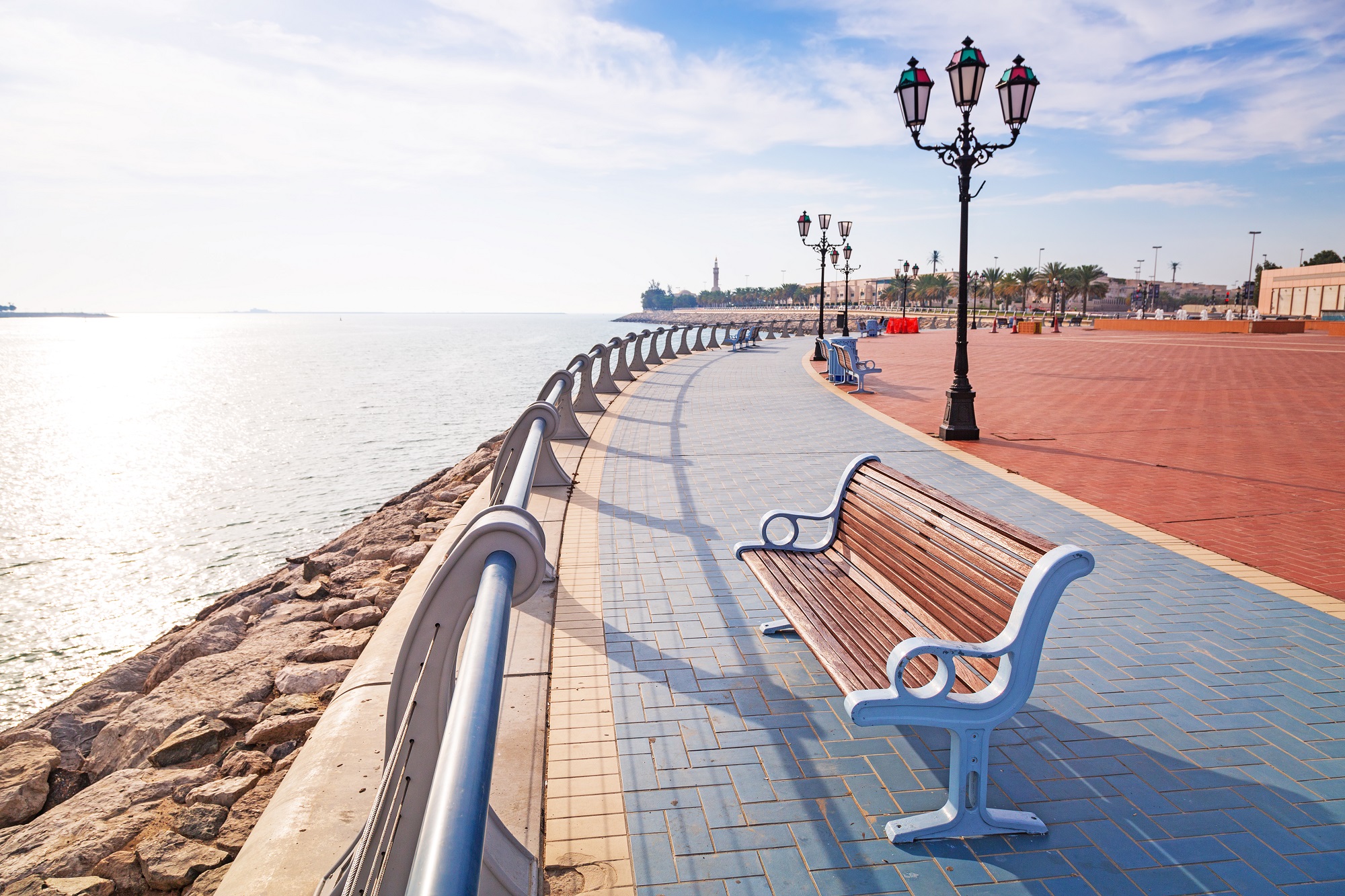 Fast facts
Let’s start with the basics. Abu Dhabi is the capital city of the UAE with a population of just over 613,000. It is the largest of the seven emirates in the UAE, is six times bigger than the area of the rest of the emirates combined. The currency is the dirham and the main official languages are Arabic and English – although given the diverse population in the UAE, many other languages are spoken in Abu Dhabi.

Capital Gate – more lean than Pisa!
The Capital Gate is one of the most recognizable buildings in the Abu Dhabi skyline, and it owes much of this recognition to its striking lean. In June 2010, Guinness World Records certified Capital Gate as the “World’s furthest leaning man-made tower.” The tower is 35 storeys tall and boasts an 18° lean. The famous Leaning Tower of Pisa in Italy has a lean of only 3.97°.

The arts scene is thriving in Abu Dhabi
The Gulf region, and the UAE in particular, is experiencing a shift in its arts and cultural landscape. New galleries and museums are popping up everywhere, with no shortage of wealthy art patrons. There is a plan to build a performing arts complex and three stunning museums—including branches of the Guggenheim and Louvre museums, by 2017. Famous architects Frank Gehry, Jean Nouvel, Tadao Ando, and Zaha Hadid are involved.

Abu Dhabi does bike share!
Like many international cities around the world, Abu Dhabi has jumped on the bike share trend. You can now pick up a bike at many station locations on Yas island and Al Raha beach, with plans to expand throughout the city in the future. Bikes are available 24 hours a day at a small cost.

Abu Dhabi has a burgeoning food and restaurant scene
Abu Dhabi is home to some of the most luxurious hotels and restaurants in the world. What’s even more exciting is the alternative food scene that has been popping up lately in the emirate – including food trucks and food festivals.

Abu Dhabi Food Festival – Feb 5 – 21, 2015
Our favorite, has to be Gourmet Abu Dhabi. This festival offers locals, expats, and tourists the opportunity to sample cuisines from top chefs and tastemakers across the UAE. Festival attendees will get to taste the new and inventive ways Abu Dhabi chefs are modernizing traditional delicacies for the contemporary palette.