So you’ve decided to teach English abroad but you’re not exactly sure when is the best time to start applying. There’s nothing worse than searching for a teaching job when schools aren’t really looking. If you’re putting time and energy into an application - you want to know there’s at least a potential job at the other end of it.

You’re probably asking yourself when the peak hiring seasons for different regions are? And the answer isn’t all that straightforward, because most regions will have schools that hire all year long.

That’s not to say there aren’t peak hiring seasons when the bulk of teachers are hired. Most schools will hire new teachers at the end of the semester for the in-coming semester, or close to the start of a new semester.

A lot of times schools won’t even know how many teachers they’re going to need until they find out which of their current teachers are renewing contracts. So it’s a wise move to apply between semesters when you can.

Keep in mind that in countries where there are a lot of private ESL schools - there is a constant demand for English teachers, and if you’re looking to work in a private school in somewhere like China or Thailand, hiring seasons aren’t going to be problematic.

If you are planning to teach abroad, here’s a handy guide to help you navigate the best times to land a job in each region.

Peak hiring seasons at a glance: September/October and January.

Hires will usually take place in the primary hiring season of September/October when school starts back after summer break (with job postings going live in the summer months). There is a secondary hiring period in January before the spring term.

It’s worth keeping your eyes peeled in the months leading up to those hiring times because most application processes will take a little time.

Most ESL jobs in Europe are in private language schools that typically hire teachers to start in September, with countries like Spain stretching this out to October. Here is a breakdown of some of the typical hiring seasons for ESL teachers:

If you want to teach English in a private language school and live in a major European city, then you’re in luck! Due to cities being a major hub of people (many of whom want to improve their English!) there are usually more than enough English teaching jobs to go around.

English speakers often find teaching is an easy way to travel Europe and make a little extra spending money along the way. There are plenty of part-time and temporary ESL positions available throughout the year.

In major cities, there won’t be as much of  a peak season as the demand is constant. It might be worth checking out jobs boards in advance to get a feel for the schools… but often European schools have no shortage of interested teachers and will prefer to meet you in person before making a hiring decision. It’s best to be there in person with a resume (and TEFL) ready to go!

These are two of the countries in Europe with the highest demand for English teachers and they tend to higher all year round. Peak hiring tends to be in July/August with a September start date in mind.

Most of these positions are hired in-country and it’s a great way to experience new cultures while traveling Europe. The positions tend to be about a month or a month and a half long - and are often open to those without a degree or much experience. As the emphasis is on young energetic teachers to get the kids enthusiastic about learning English.

But it doesn’t end there…

You’ve probably noticed that a lot of this is based on private schools demand for ESL jobs. But there are other opportunities in Europe, there are a number of assistantship programs, scholarships and even summer programs that have much stricter hiring season criteria.

Let’s take a look at some deadlines for specific teaching programs in Europe:

Fulbright English teaching assistantships open applications as early as April with an October deadline. Teachers will be placed in schools the following school year.

Language and Cultural assistants program in Spain usually hires teachers to be in the classroom for late August/early September. The application process takes place between January and April of the same year.

If you want to teach English with the TAPIF program you’ll need to get your application in for mid-January with positions starting October of that same year.

Secondary schools offer a U teaching assistantship with a start date of October 1st for new teachers. The application process begins long before with teachers submitting resumes between November 15th and January 15th of the year before.

The teachers of English program hires teachers year round, but they like the bulk of their teachers to be there for a full academic year, so it’s wise to apply for positions in the summer months.

The SITE program typically starts the application process in March/April for positions starting the following September.

This list is by no means exhaustive, but we hope it gives you an idea of the different hiring seasons for ESL jobs in Europe. If you’re curious about teaching in Europe? Check out these 7 European teaching programs hiring right now! 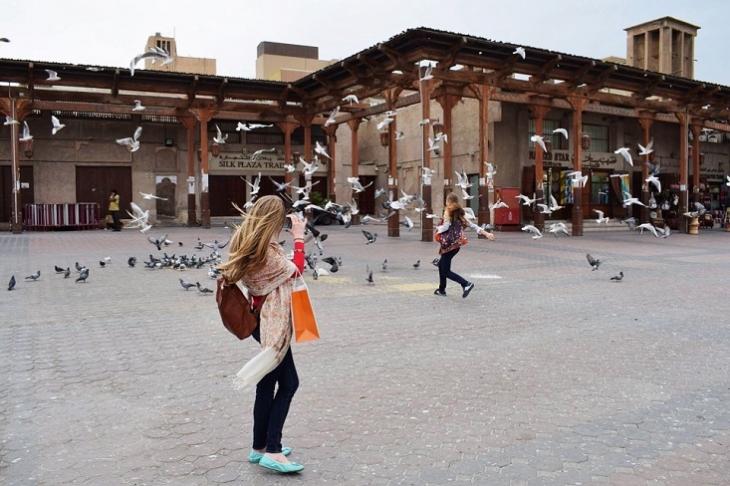 A slightly longer look: Year-roundPositions tend to be open on an annual basis. Although it’s worth noting that there’s a definite surge in open teaching jobs during the spring and summer months.

A deeper dive:
Most ESL jobs will be in private schools in the Middle East and due to the amazing benefits competition is often fierce. We recommend getting your application in early and making sure you’ve all the teaching credentials you need (hello! TEFL). You’ll need to monitor job boards and also take a long hard look at your own resume to make sure you qualify.

A quick list of places you can teach in the Middle East that hire all year:

Quick note: In less affluent Middle Eastern countries, it may be wise to go to the country at any time of year. Teachers are often hired on the ground and they may not have the same resources that wealthier teachers have for reaching out to teachers in other countries.

It’s important to remember that although there are different hiring seasons for different countries, the huge demand for English teachers in the Middle East means that it shouldn’t be hard to land a job at any time for those with the right qualifications. If you’re curious about what it’s like to teach in the Middle East, check out Teach Away’s guide to teaching abroad in the Middle East. 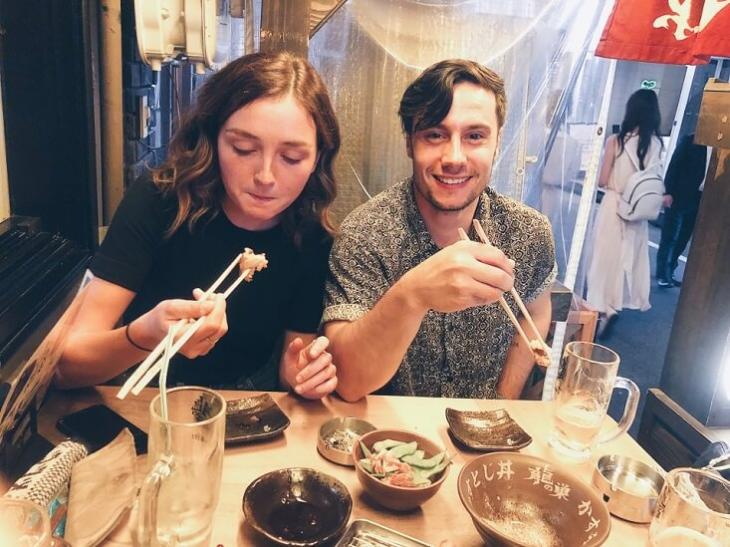 A deeper dive: When it comes to getting hired in Asia you can find a job any time of the year, but that doesn’t mean there aren’t some exceptions. There are public schools that have pretty strict hiring periods in place, like Japan and Korea.

Let’s take a look at a couple of these exceptions…

The Jet Program in Japan

The Jet program likes to open its hiring window twice a year. The first window is between April and June, and the second is from October to January. It’s a pretty lengthy hiring process and can take up to 6 months - so be prepared to wait.

Public school programs in Korea (like EPIK, JLP, and GEPIK)

Similar to Japanese public schools, Korean public schools have two main hiring seasons. The application process will take about 3 months and they usually have an influx of new teachers for the Fall Semester in August, and for the Spring semester in March.

China is definitely in a year-round hiring situation - Teach Away’s very own Explore program is one notable example! The demand is massive! It’s wise to apply in advance as there are quite a few documents involved in the process, and for summer positions they tend to recruit teachers 2 - 3 months in advance.

Many of these countries start their semesters in May and November and tend to recruit the bulk of their teachers in the months preceding those start dates. 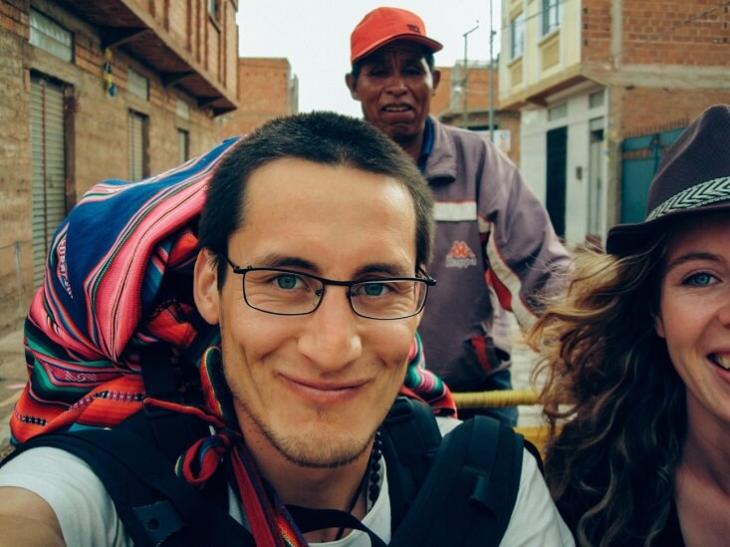 If you want to make sure there’s high demand when you go then countries like Chile, Colombia and Argentina tend to hire English teachers in late February through April,  just after their summer vacation. Sometimes they will have a secondary hiring season in July and August.

Guatemala and Costa Rica tend to hire most of their teachers between December and January with school starting back after Christmas. They have a secondary hiring season in June. In Mexican cities, there are private schools that will hire all year round. The situation is similar in Nicaragua.

If you’re interested in teaching in Central or South America, check out our beginner’s guide.

Latest Posts
How to transition to teaching English online
March 27, 2020 | 5 min read
Five productive things to do at home in self-isolation after you’ve watched all of Netflix
March 24, 2020 | 3 min read
Teach Away's Response to COVID-19
March 20, 2020 | 3 min read
Recommended for you: